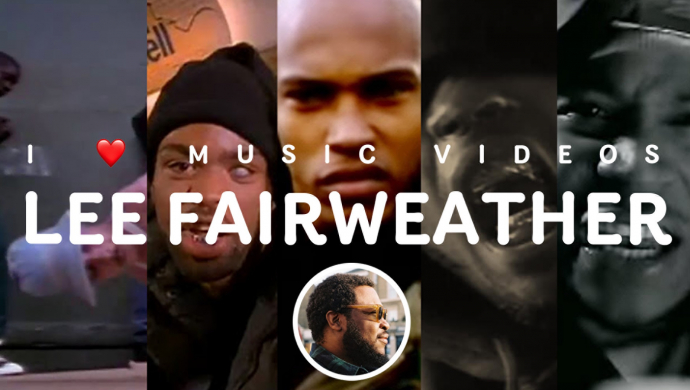 Lee Fairweather, director's rep at COMPULSORY, has the hots for Diane Martel. That became clear when Promonews' writers David Knight and Rob Ulitski talked to Lee for the first episode of Promonews' brand new podcast series.

On episode one of The Promonews Podcast - Talking Music Videos, Lee Fairweather - rep to the COMPULSORY roster including Taz Tron Delix, Bedroom, Filmawi and more - reminisces on his own crucial 'music video education', while growing up in South London in the Noughties.

Lee is a fan of the work of Hype Williams, Paul Hunter, Spike Jonze and others - but he reserves his real awe and admiration for Diane Martel, and the videos she directed in the early to mid 90s for some of the biggest East Coast hip hop artists of the era - Method Man, Ol' Dirty Bastard, Redman, Onyx, and more.

So we've asked Lee to expand on his love of Diane Martel's work, to say some more about why this iconic American music video director's work is so great during this period, in our second "I ❤️Music Videos" playlist here below.

You can also find this in a YouTube playlist on the Promonews YouTube channel. It's a must-watch at your next 90s hiphop house party.

Onyx - Throw Ya Gunz (1992)
It's said that when directing comedy, it’s important to shoot the actors whole body in case of improvisation or sudden movement. The same can be said for music videos. In this case however it’s not for laughs but rather to make an impression. Martel understands this to a T and matches the energy of Onyx with striking images of film noir-esque lighting. letting Onyx charged-up movements do the talking.

Method Man - Bring the Pain (1994)
Martel had a knack for making rappers who were new on the scene look like immediate icons just when they were getting started and capturing their soon-to-be-legendary status in the best way.

Lords of the Underground - Chief Rocka (1993)
Corridors, hallways, colour lighting, crews hanging out in hoodies and Timbs... it's such a signature Martel look, and this is one of the best examples.

Gang Starr - Mass Appeal (1994)
Although Martel continued to use her recognisable traits, there was a slickness Martel started to incorporate in her work in 1994 that would later be picked up by the likes of Hype Williams and filmmakers such as Spike Lee, that would really be defined as a New York staple.

Ol’ Dirty Bastard - Brooklyn Zoo (1995)
The definitive ODB video which speaks volumes. ODB appears from a door in a blurry manner, suddenly gold grills and a villainous laugh erupt - and a unique star is born.

Method Man feat. Mary J. Blige - All I Need (1995)
Martel really knew how to find the middle ground between rugged/raw hip-hop with smooth RnB touch - and this is the best example, as Meth and Mary sit beside one other on steamy rooftops.

Redman & Method Man - How High (1995)
Martel continued to show just how skilled she is at highlighting the crucial aspect of the hip-hop dynamic/chemistry in the most iconic way. This is the video that created the dialogue of no longer referring to Red and Meth as collaborators but rather as a duo.

Red and Meth watching themselves on TV as Beavis and Butt-Head remains one of the most defining moments of music videos in the Nineties.

Redman - Funkorama (1996)
There was something about Martel’s use of black and white that could not be matched by others. It added another layer to elevating the grittiness, making it more cinematic.

Slow-motion Redman and Def Squad hanging on the block make this one of the more fun outings yet just as impactful with great cameos.

Martel gets each rapper to adopt a type of style and surrounding that best describes them from archetypal monster/villain to American football players while upholding the chemistry effortlessly.

Onyx and Wu-Tang - The Worst (1998)
And here’s where we kind of come full circle. The video that not only begged for a Onyx/Wu-Tang collab album but also a Diane Martel feature-length film.

All of Martel’s incredible trademarks visuals are all here in their glory. Highlight being Method Man driving and Sticky Fingaz on the car while exchanging verses during a car chase in a Mad Max sort of manner.

• Lee Fairweather is director's rep at COMPULSORY. View the company's director roster here. And follow the first series of The Promonews Podcast - Talking Music Videos on Spotify here, and the first episode with Lee Fairweather here.

Inspired by the themes in the vocals, Carly Cussen's music video for Jerome Price's Me Minus You is all about telling a simple story through creative and complex …

LunchMoney Lewis has released a super entertaining video for Whip It! with a retro vibe that plays out like the Soul Train line dancing from the 70s but with a …

In spite of everything that has happened this year, one thing continues to get bigger, better, more impressive - the devotion to music video makers to the medium of Film. 2020 has arguably seen …