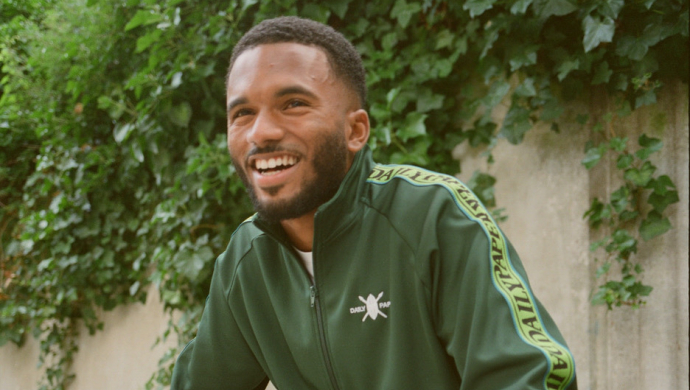 Kareem Adeshina's start in film production arrived earlier than most. He was a child actor, featuring on several TV shows, including East Enders.

His move behind the camera came later. Hailing from - and still living in - North London, Kareem went on to study Film & Television at the London College of Communication (UAL). Then he started working in production on TV shows, before moving into shortform.

For the past three years he has been a prolific producer of music videos, building a body of work with directors such as Dir. Lx, Meeks & Frost, Wowa and others. And for the past year the 25 year-old has been head of music video at Greatcoat Films, overseeing nearly 30 music videos from the company's diverse roster of directors.

How long have you held your current position? What were you doing before this?
I’ve been in this position, Head of Music Video at Greatcoat Films, since January. Just before this, I was freelance producing.

What was your first job, or first significant break in the industry?
Probably when I appeared on Eastenders at nine years old, ha ha. I was a child actor and featured in shows on BBC, CBBC, Nickelodeon, etc.

Growing up I fixated on videos by MJ, Usher and, later, Chris Brown - so I could replicate their moves.

Name one music video that inspired you that get involved in making music videos?
It’s hard for me to whittle it down to just one, but if I had to choose I’d go with Michael Jackson - Smooth Criminal. I wouldn’t say it inspired me to m​ake​ music videos as I was three years old when it was first released, but I’ve always been a fan of MJ and the way he moved.

So growing up I found myself fixated by music videos from him, Usher and later on Chris Brown. Purely watching just so I could replicate their moves on various dance floors at wedding receptions or birthday parties my parents had been invited too as a little kid.

Name one project you’ve done that was significant as a learning experience – and why?
I guess the biggest learning curve I had in music video was a video Simon Oxley [Greatcoat Films MD/Founder] produced last year for Mabel, called Mad Love. The director was Marc Klasfeld, a major heavyweight in the music video biz.

I had to step up from the usual of what I’d been previously exposed to, to a six figure budget and a big studio shoot with a focus on a high-end, gloss vid for a female pop artist - which can be one hell of a thing to get right.

On Mad Love I had to step up from what I’d been previously exposed to.

What are your favourite music video-related jobs of the past year or so, and why?
Wes Nelson's See Nobody, directed by Wowa, commissioned by James Hackett, and produced by myself and Gil Kolirin. It was just a really fun video to produce. I had a really good team and commissioner that backed us with 100% belief and support from the get-go. With those things in place, any job you do is fulfilling.

At the core of the video, it’s drifting cars, a Batmobile and a bunch of other car action so the little boy in you jumps at the opportunity to produce that. Not too mention we had a stunt driver who used to be The Stig on Top Gear. Back in my running days on TV series, they’d shoot something with one of the above elements involved and I’d always wonder if I’d ever produce that myself. Then, boom, three years later, one day James Hackett gives you a call and says we want you and Wowa to work with Wes Nelson on his next video - to which you say, Yes, btw - and this is the result. I couldn’t be more chuffed.

The BTS video we made of the See Nobody video is here.

Another notable job from this year is ​One Acen's Nigeria,​ directed by Shan Phearon. I arrived on set not really knowing what we would produce (which is a rarity). I knew it would be great as Shan had really instilled me with belief and I trusted him and so did the commissioner Nicola Sheppard, so kudos to her. The result speaks for itself. All on the low end of low budgets.

What are your favourite other jobs of the past year or so?
A/A​ directed by Caleb Femi - super-inspired by the director. His cause and creativity make the act of coming to work super easy.

And Kojo Funds - I Like, ft Wizkid, by Dir. Lx - Just because... the song is so sick. Proud to have this one on the reel.

What are you currently working on?
Currently wrapping up Lx’s fourth video for DC, as well as that just pitching on a few briefs. Personally, I have two shorts I’m working on, both of which we will film in the new year.

Also I’m just watching, and taking meetings, talking to new directors/creatives/producers. I'm always keen to work with new people so have been having some great conversations with people who could shape the future of Greatcoat's music video roster.

What kind of work would you like to be doing in future?
Long-form narrative, whether that’s TV or feature film. I have ambitions to take a step back over to that lane eventually which I know Greatcoat echo also. I’ve always had a passion for story so ultimately that goal will be fulfilled.

What advice would you give someone entering your field?
In terms of advice, be a sponge. But not your ordinary sponge you know, one that reacts and grows back with every squeeze.

Removing the metaphorical speak, I guess what I’m leaning toward here is soak up all the knowledge you can from everyone around you. The good and the bad. You’ll learn lessons from both. And most importantly find people within your sector of the industry that you really like, both to work with and just in general and stick with them, support them, learn from each other and grow together.

When you’re not working, what do you like to spend time doing?
Cycling, football (watching or playing), reading plays or scripts, learning how to cook more of my heritage food (Nigerian and Indian)... and watching a good TV series.

Where did you go on your last holiday (or vacation)? And where would you love to visit?
Antalya, Turkey in September. Needed a hot, Covid-corridor holiday destination break and we stayed at a resort there that was beautiful. I think the next places on my holiday list are either Singapore, Cape Town and Mecca.

I recently bought a chessboard and I’m loving it.

What are your favourite currently-running TV shows?
How To Get Away With Murder with Viola Davis... that’s it. Watch it for her. Watchmen was also incredible. Just sick. Loved it.

Euphoria - again, incredible. Zendeya smashed it. The cinematography and production design alone is just next level.

What are your favourite music videos by other people in the past year?
Lous & The Yakuza - Dilemme, directed by Wendy Morgan. I just love the depictions of melanin here. Great choreography, camera movement interacting with a great artist and some great locations.

Stormzy - Superhero, by Taz Tron Delix. Animation on that scale is no easy feat so I have to take my hat off to him and the guys at Compulsory. Great piece.

Pa Salieu's My Family ft. Backroad Gee, directed by Femi Ladi. So simple but effective. With a song like that you could be forgiven for seeing a video that tries so hard to live up to the energy of the track in set design, extensive camerawork, several scenes, mad lighting etc.

But it looks like Femi had great direction and provided them an arena to work in and the artists and Bolt do the work. Not to simplify his creativity at all by the way, but actually to congratulate. Really liked it.

Best book you’ve read, and/or best exhibition you’ve seen recently?
Book - Natives: Race and Class In The Ruins Of An Empire by Akala. Exhibition - ​Toyin Ojih Odutola​ at the Barbican

What’s your favourite political or charitable cause, and why?
Black Lives Matter. Because black lives matter.

Best recent purchase?
I recently bought a chessboard and I’m loving it. Never knew how good (and addictive) that game can be.

Work & Life - balance/ imbalance out of five (1 for imbalance; 5 for balance)?
I think 3-4. I’m at a co-working space called Birch near where I live, writing this at 19:30 on a Wednesday night on the first night out of lockdown, so who knows what that means...

• Kareen Adeshina is head of music video at Greatcoat Films