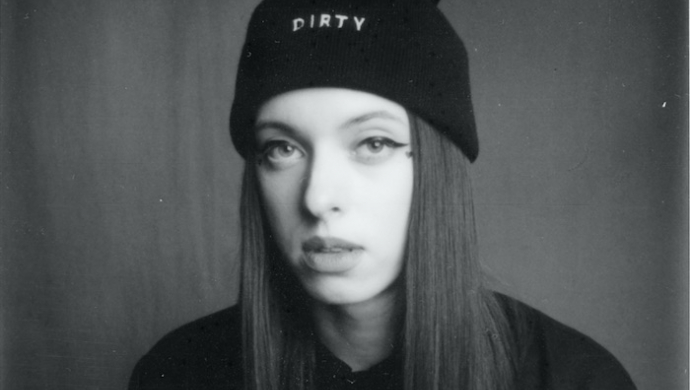 From 2332 Films in Kiev, Dasha Deriagina has become so highly regarded for her work on UK-commissioned music videos that she has been nominated for the Best Producer award at the UKMVAs for the past two years.

Born and raised in the Ukrainian capital, she's a 27 year old graduate of Chinese Language and Literature and Translation, who lived and worked in Hong Kong and mainland China for over two years before returning to work in film production in her hometown.

At that point Kiev was ramping up its reputation as a place for outstanding, cost-effective service production, and it's been non-stop for Dasha ever since. In the past three years she has worked with the cream of the new generation of music video directors, including Matilda Finn, Zhang & Knight, Joao Retorta, Savannah Setten, and Taz Tron Delix - and British producers, as Head of Music at 2332.

2019 has been busier than ever. So how is her work-life balance looking?

Promonews: How long have you been in your current position, how did you get the job?
Dasha: I’ve held the position of Head of Music at 2332 Films in Kyiv, Ukraine for the last three years. Before that, I was a producer’s assistant. My attitude brought me to where I am now - and hopefully will move me on further.

What was your first job in the industry?
The first job I produced was with Zhang+Knight and Katie Lambert. The music video for Noga Erez's Dance While You Shoot. This is where my story begins...

Which projects have been most significant for you in terms of gaining experience and helping your career?
In the last three years I’ve done 35 videos, and each job inspired me to achieve next level of producing. I would say every single job gives you an unforgettable experience.

What was the hardest job you’ve had?
The greater the difficulties you faced, the greater your determination to overcome them. But the hardest? That's all the jobs which had a shoot day of up to 18 shooting hours.

My attitude brought me to where I am now - and hopefully will move me on further.

What are your favourite music video-related jobs of the past year or so, and why?
It’s difficult to extract favourites, because I love all the jobs we’ve done. However there are few that were very unique:

Prospa 'Prayer' - that was definitely a very special project. Directed by Joao Retorta and produced in collaboration with Nick Hayes and Bullion. It was a real '90's rave in the hidden half-abandoned children camp. We’ve spent 20 hours on set, and all that time the air was marked by a spirit of pure sound, pure dance, pure revolution, pure love.

Kojey Radical ft KZ '25' - that's all about adorable style and the very special director’s vision of Taz Tron Delix. Produced together with Kiran Mandla and Compulsory. I’m a big fan of these guys, and every time we work together I know the result is bound to succeed. And, of course, Kojey’s performance was magnificent.

Slenderbodies 'Arrival' - directed by Savannah Setten, produced by me and my colleague Ben Turnbull. Well, it was the most emotional experience and biggest challenge we’ve ever had. The whole project was done in an Ukrainian prison, with the inmates cast. No actors, no schedule, no budget.

We spent three long days in the middle of nowhere surrounded by prisoners, and got a phenomenal practical knowledge. I can talk about this project for hours and hours. But just to sum things up I want to share gratitude with people who made the dreams come true - Alexey Savelov, Alexander Timkov, Viktor Shava, and the real gangs.

Slenderbodies' Arrival was the most emotional experience and biggest challenge we’ve ever had.

What are your favourite other jobs of the past year or so?
The project with Amber Millington and Black Dog Films for Oasis [the drink] was a great experience. The Oasis job was enjoyable, first of all, because we made it together with amazing crew, Amber and guys from Black Dog. And I have to admit that Amber Millington is my best mentor producer. I'm grateful to her for all the knowledge and experience she shares. I hope we will make another crazy thing together soon!

Also, the tasks and goals were super interesting. My crew and I really like to face some challenges and find the solutions. This time, it was a room flooded with the Oasis drink - sounds exciting, doesn't it?

Also, I really like the short movie (commercial) for Samsonite, directed by Ali Kurr. The production process was a pleasure, and the result is cinematographically stunning.

What kind of work would you like to be doing in the future?
I would like to keep producing all around the world, and become an international producer. Move my way step-by-step from three minute videos to the Netflix & HBO series.

What advice would you give someone entering your field?
Be yourself, keep smiling, work hard and make sure people remember you, for the right reasons. Say 'yes' to every opportunity, and be stressless.

When you’re not working, what do you like to spend time doing?
Sleep, sport, and growing.

What other things would like to be doing, but don’t have time for, or can’t afford?
Travelling, because every time when I plan my vacation abroad, I get the most interesting project and postpone my tourist life again.  I wish one day I'll become an international producer and will combine business with pleasure. I used to live in Hong Kong and mainland China for two and half years, and I must admit, I miss the feeling of exploring the unknown.

What are your favourite music videos this year that you weren't involved with?
Slowthai - Inglorious ft. Skepta; Tshegue - M’benga Bila (below) - that one has an absolute style.

What are your all-time favourite videos?
Jus†ice - Stress, M.I.A - Born Free, OLIGARKH - Forgive Us, Gesaffelstein - Hate of Glory... and many, many others.

My guilty pleasure is dancing... I find some underground club and dance from dusk till dawn.

Cool stuff you love: what have you really enjoyed recently?
I’m a big TV series fan. My current top are: The End Of The Fu***g Word (series 2 trailer below), What The Devil Next Door, Why Women Kill, etc.

MOVIES: I highly recommend to watch a feature The Tribe (2015, trailer below) - about a young man who attends school for the deaf and joins a gang of criminals to become a thief and a pimp.

What are your guilty pleasures that you fall back on, after the 'cool stuff'?
My guilty pleasure is dancing like nobody watches you. I find some underground club and dance from dusk till dawn.

Favourite dish and/or favourite restaurant(s) you'd heartily recommend...?
Lasagna from Chef! I’d heartily recommend to come on my set in Kiev, and try some stuff from the Chef [aka Miguel Sluserenko]. Believe me, you will forget all the restaurants once he feed you with his dishes. He didn't leave anyone indifferent yet!

How addicted are you checking Instagram on your phone (out of 5)?
I'm fine. Let's say 3.

What’s on your To Do list for Life (Outside Work)?
Keep on developing as there is no limit to perfection!

• This episode of Q&A series Work & Life is sponsored content, co-produced by Promonews and 2332 Films, Kiev.

As the main man for music videos at FAMILIA in London for the past two years, Ryan Morgan has been building on the company's well-known strengths.

Yousef and Paloma Faith join forces in this modern twist on the Frankenstein story, in the …

Wons Phreely self-directs the wonderfully eccentric promo for The Night Has An Alibi.