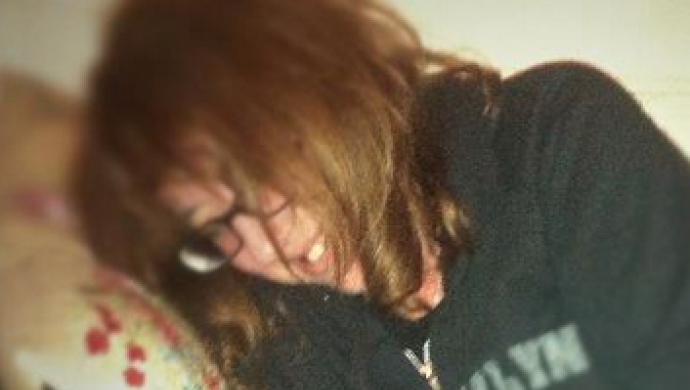 For the past six years Liz Kessler has been head of music video at Academy Films and A+ - one of the great companies of British music videos. Last year she won Best Producer at the 2013 UK Music Video Awards - testament to her ability to get the vision of directors like Nabil and Bison on-screen. And all this after being an award-winning commissioner, back in the Noughties. Now she's made fairly short shrift of our Questionnaire...

Favourite music video of the past 12 months? I think it’s older than 12 months, but I love Darwin Deez, You Can’t Be My Girl.

Favourite video of all time? The answer to this question changes constantly. Last week it was Hurt by Romanek, this week it’s Teardrop by Stern. Next week it might be Song 2 by Sophie, or Rabbit In The Headlights by Glazer. Just depends which side of the bed I wake up on…

Favourite food/restaurant: Now I feel like I’m answering questions in a Smash Hits survey circa 1997

Favourite drink/drug: Vodka slimline with a squeeze of fresh lime.  Make sure the tonic is fizzy

Last movie you saw (and was it any good)? We went to sommerset house to see 400 Blows on a big screen, 35mm projection from a print, shot in B&W widescreen.  Was it good?  Was it good?  It was FUCKING PERFECT

Favourite directors: See fave videos and add the usual suspects to the list…

"Next Big Thing? I’d like to get the Best Video category back into the Brits. Who’s with me?"

Last gig you went to (and was it any good)? Juce. Most excellent

What was the first music video you worked on - and what were you doing on that job? Literally can’t remember, but I was commissioning it

Favourite job of the past 12 months: I love all my children as much as each other, but shooting in the desert was pretty deep.

What’s the next Big Thing you’re working on? I’d like to get the Best Video category back into the Brits. Who’s with me?

What would most improve your life? I should probably spend less time on social networks and more time on my bike.

Best moment, or fondest memory, of your career thus far? So so many of these, that’s why we do it right?  I think that meeting Chuck Jones (when I worked at WB) was my favourite celebrity moment.

Worst moment? Can’t even begin to go there.

Biggest frustration? The lack of respect to the creative process.

Person you most admire? My kid. Endlessly amazed that she’s mine.

What advice would you give to someone starting out in music video production? Get a driving license

Any hot tips on who will be the future stars in music video in the next couple of years – directors or otherwise? Check the roster

Vanessa Mc Donnell has been running the music video division at Lowkey Films for the past six months, and from the moment she arrived it's been non-stop. But as the year draws to a close, …

To mark the release of her new album The Gods We Can Touch, artist Aurora and director Alexandra …

Following up the lo-fi promo for Ride The Dragon, Aidan Zamiri and FKA twigs keep up the pace with …

Oskar Gullstrand and Tove Berglund direct a glossy promo for Show Me Love.